From Wilson, we headed north on the Post Rock Scenic Byway to Wilson Lake and State Park, a stunningly clear lake in north central Kansas. 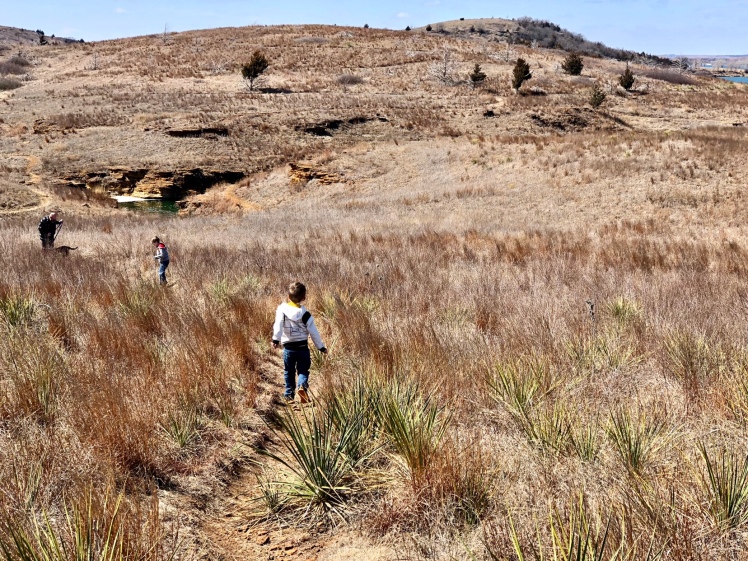 We started out at the Otoe Area and took the trail around the south side of the lake.   The trail runs through some amazing red sandstone cliffs with views of a lovely secluded cove of the lake. 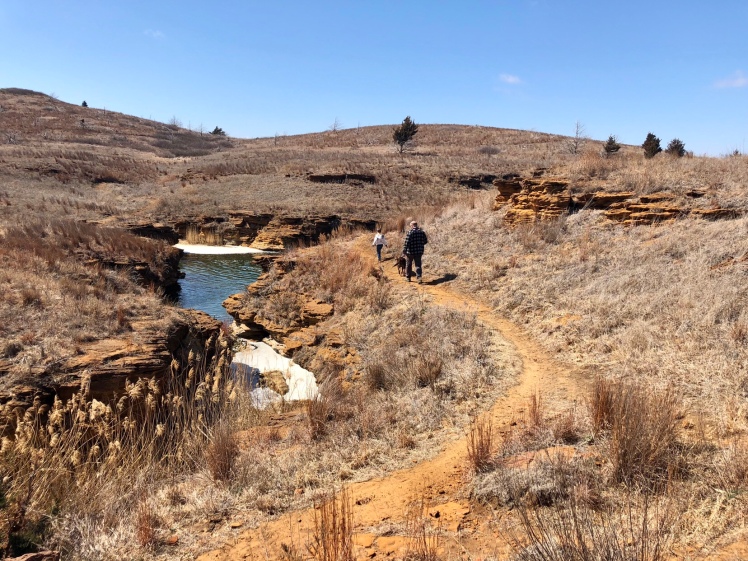 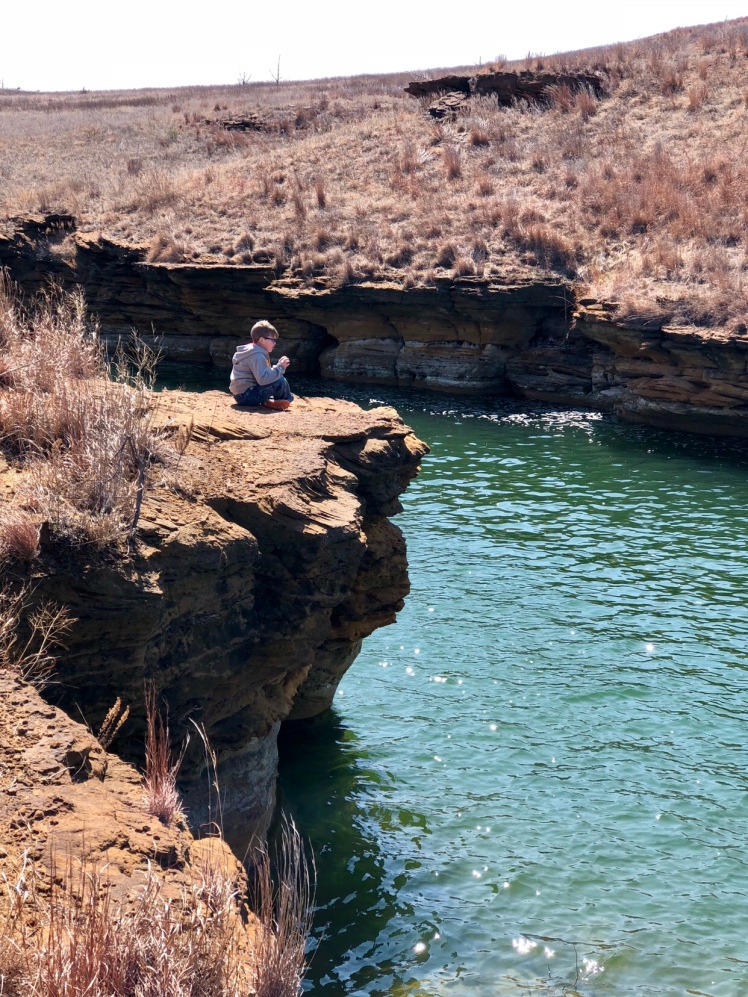 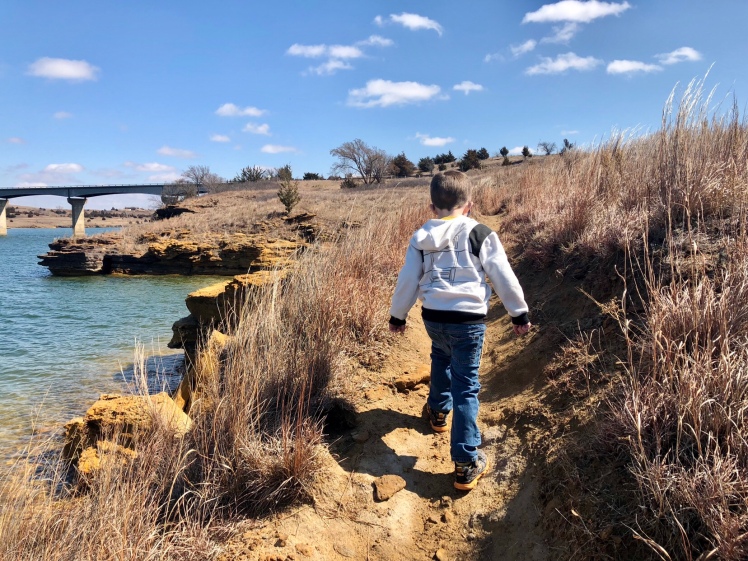 After our walk on this beautiful trail, we got back on the scenic byway and headed towards Lucas, the Grassroots Art Capital of Kansas. 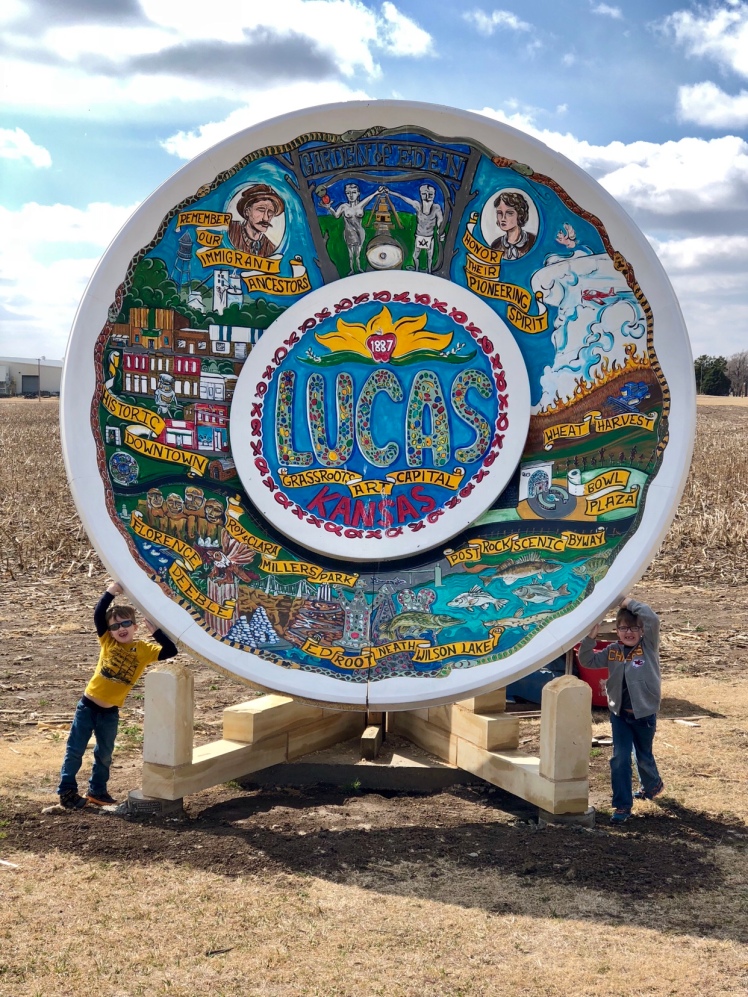 Weston’s favorite thing to find on our adventures are the world’s largest ‘stuff.’  He was thrilled to see the World’s Largest Souvenir Travel Plate – a satellite dish painted with highlights of the town’s attractions.

Lucas is home to Garden of Eden, a strange property filled with unique concrete statues and structures made in the 1910s to 1920s.

The boys were pretty antsy, since they knew we were going to see a big toilet, so we made this portion quick. Definitely want to come back when we have more time!

Bowl Plaza was next on our list. Housed in the plaza is America’s Most Artistic Giant Toilet. The boys had so much fun pretending they were being flushed! 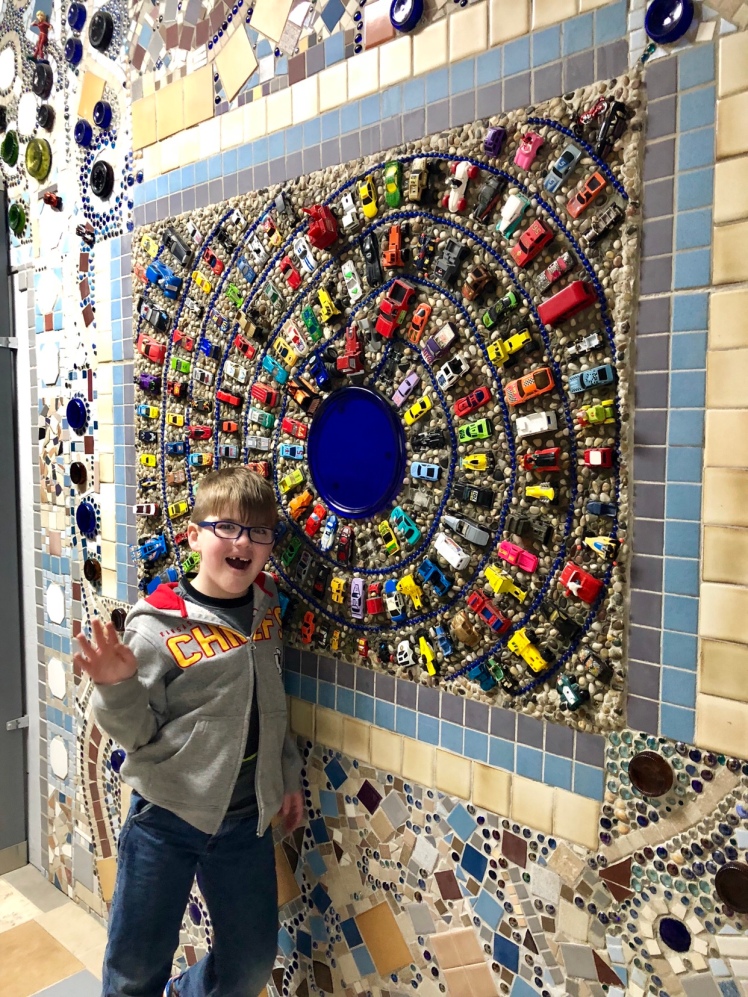 The actual public bathrooms were stunning! The men’s room was covered with fun mosaics, using chess pieces, cars and superheroes.

The women’s room was even more beautiful – look at that artwork!

Also in the plaza was a large concrete roll of toilet paper! How cool!

Brant’s Meat Market was on our ‘must see’ list, but unfortunately they closed down in January of this year.  After more than 90 years in business, this butcher shop known for its ring bologna, closed due to new regulations which would have made it difficult to stay in business.