In late September, Topeca Coffee hosted a Specialty Coffee Association qualifying coffee competition in Tulsa.  Since Andy was planning on helping out with the competition, we decided it would make a great family mini-vacation.  And we were right! 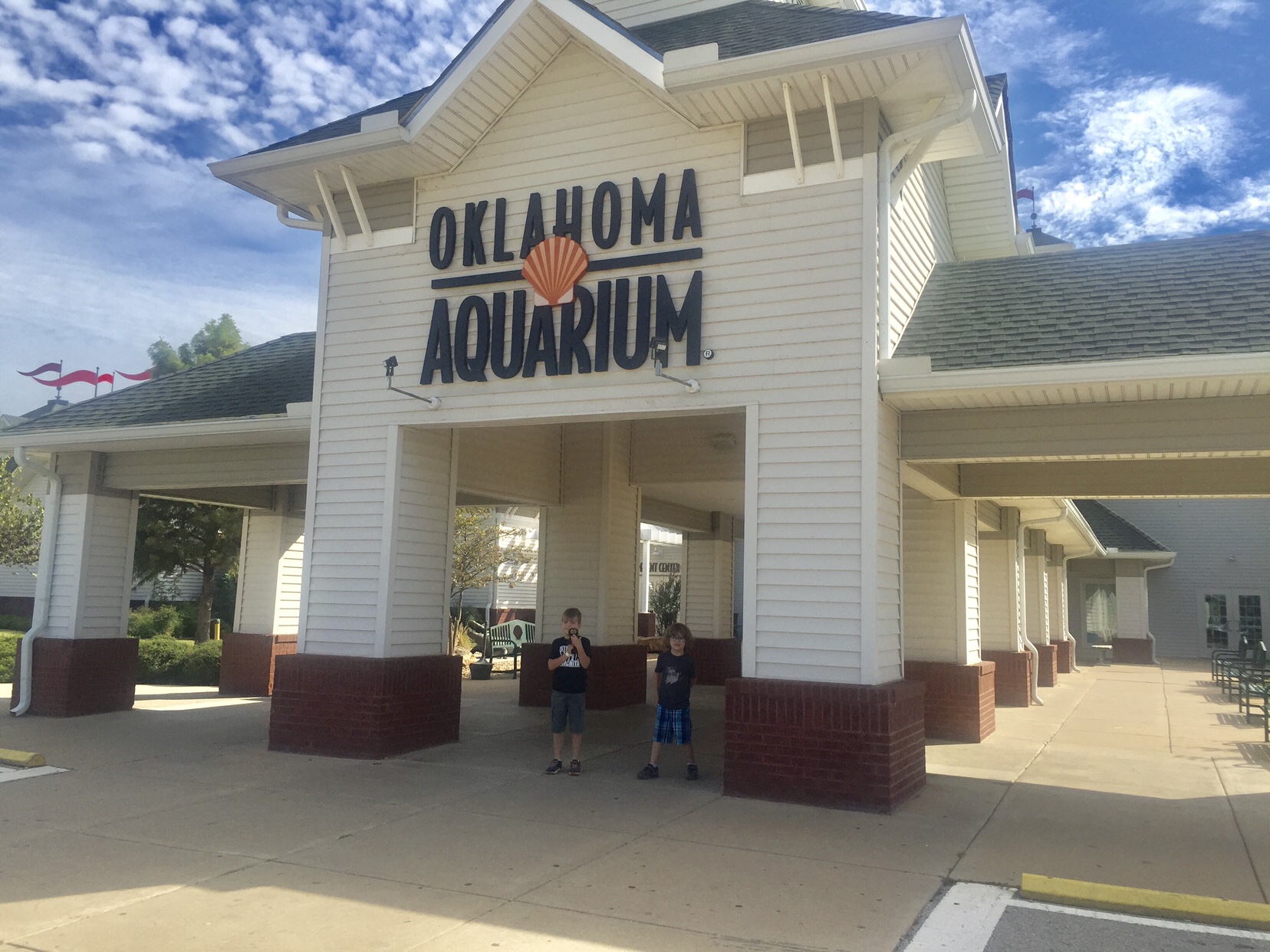 The Oklahoma Aquarium was our first stop on Saturday morning.  It was fantastic.  I was skeptical that an aquarium in the midwest would have much to offer, and I’m glad I was wrong.  They had jellyfish, otters, beavers, an amazing shark tunnel and interactive exhibits.  We had so much fun!! 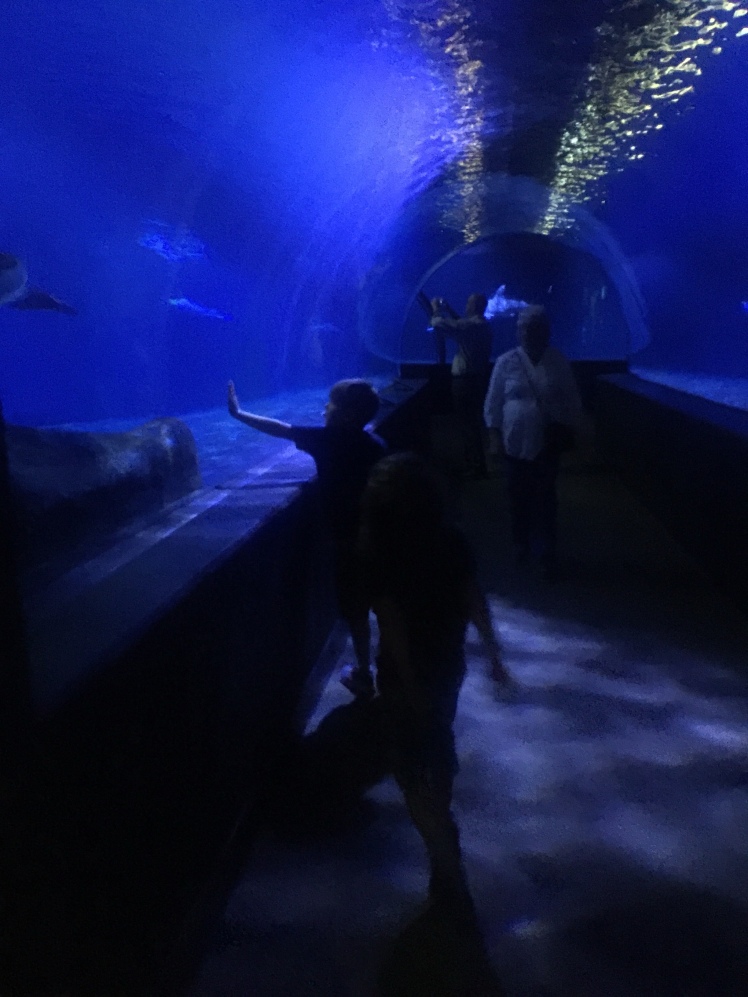 I asked the boys what their favorite part was and they both agreed that it was the sea turtle area where they got to climb into a pod under the water.   My favorite was when the boys fed the snapping turtles.  They both squealed with delight when the turtles snapped up their carrot pieces held on long rods. 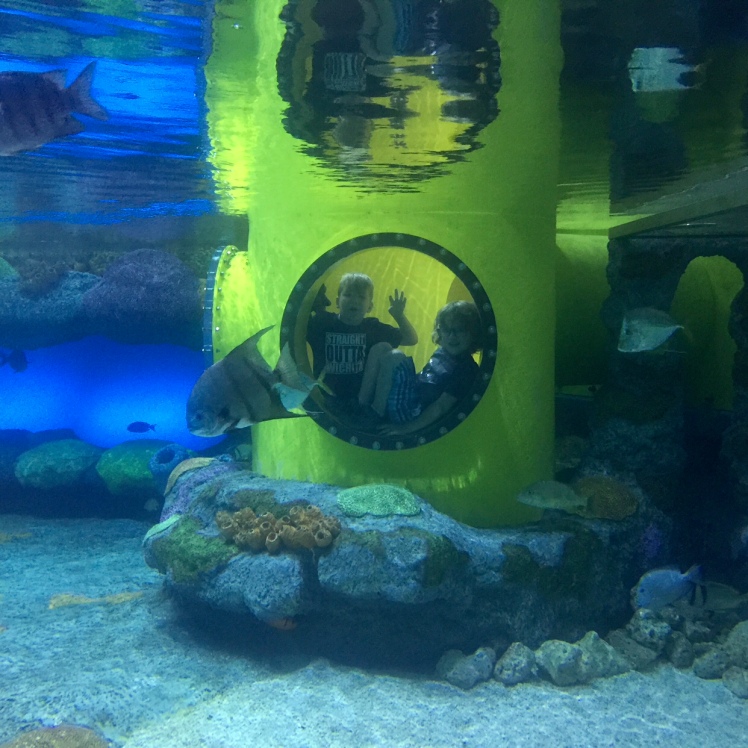 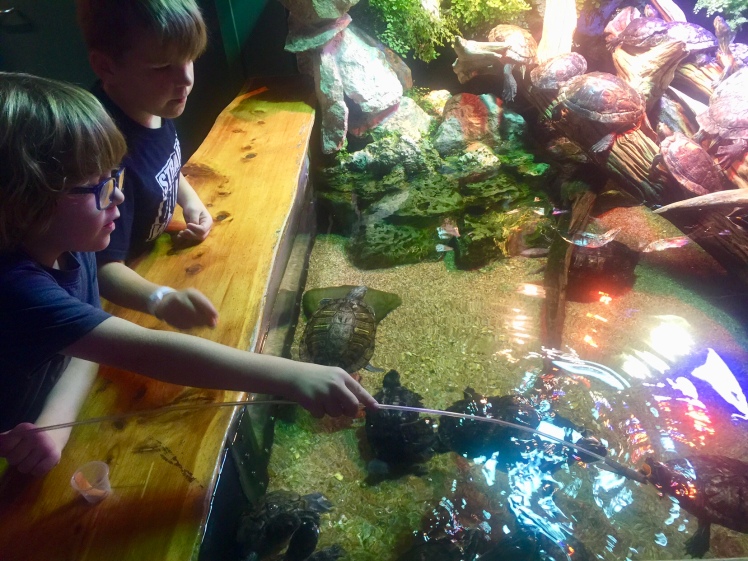 Weston brought along his favorite stuffed animal, Beaver Bear, and said BB was excited to meet his cousin the beaver.

We next decided to check out the local Warren Theatre in Broken Arrow.  Since the theatre chain started in our home town of Wichita, I knew it was going to be nice.  It exceeded my expectations and was luxurious for our matinee viewing of the latest Lego movie.  They boys loved the reclining seats! 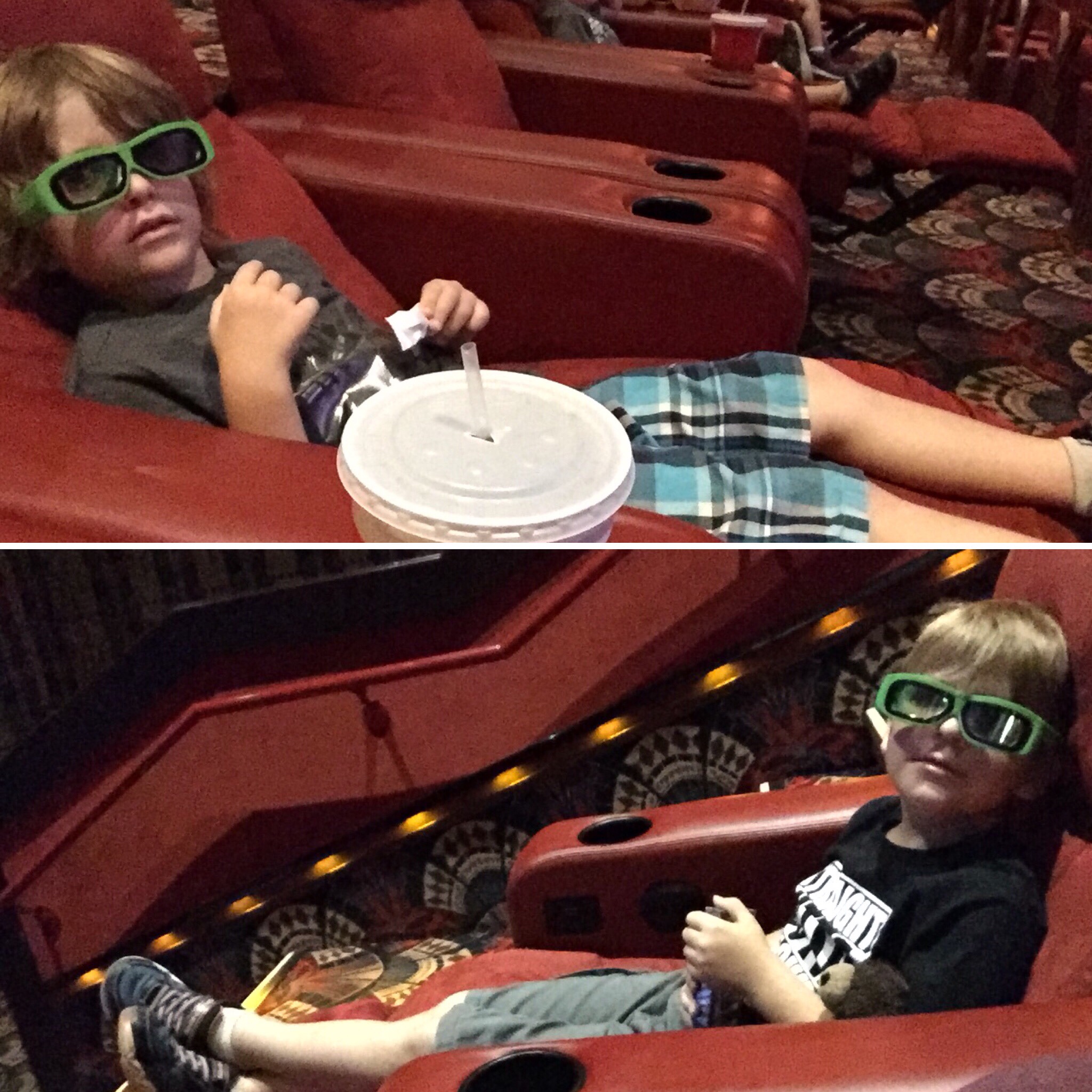 We ventured into downtown Tulsa after getting a tip that we HAD to go see the Sonic Center of the Universe. It’s a spot you stand in and you can hear your voice echo. The boys thought it was pretty cool, and Weston even left one of his painted kindness rocks in the very center. 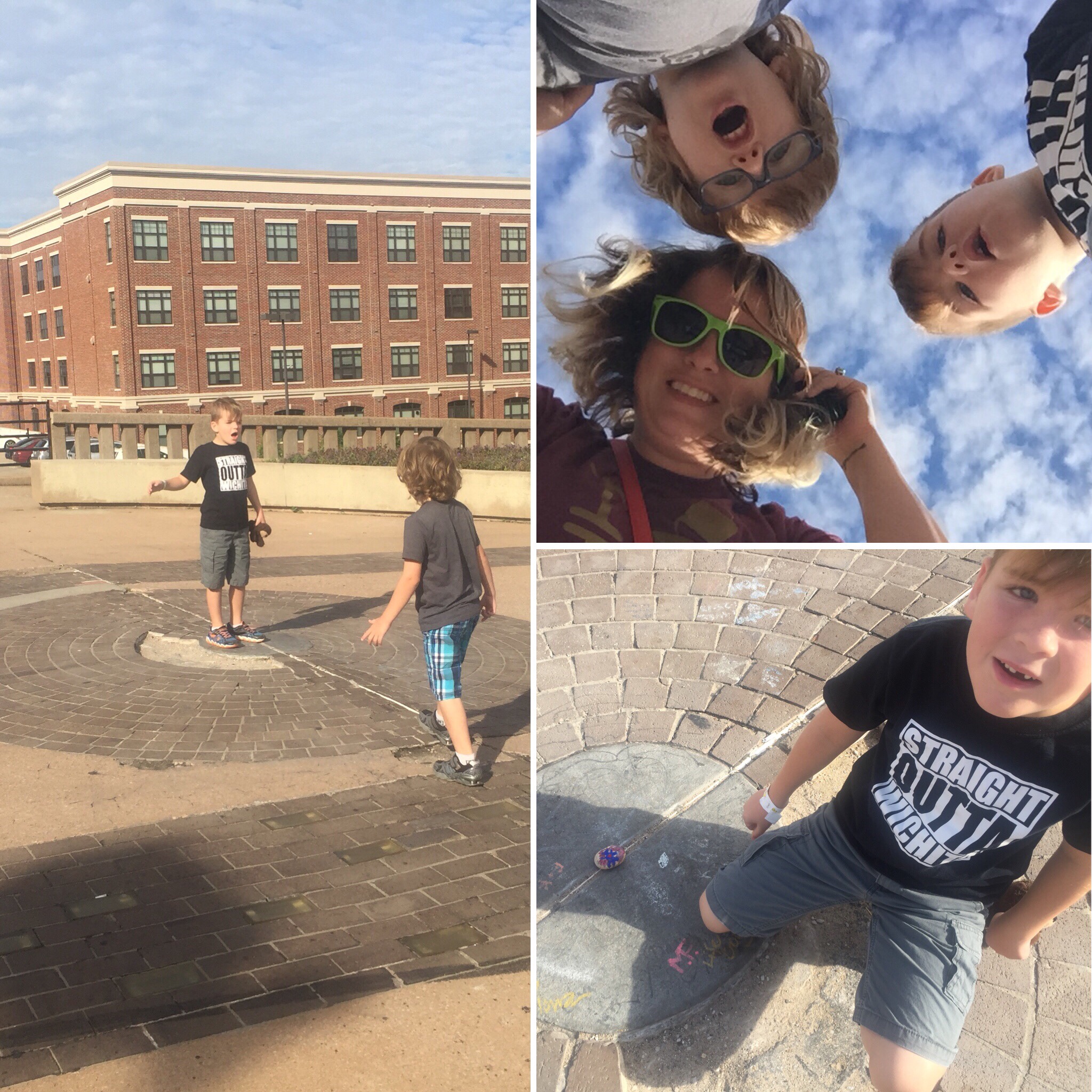 On Sunday, we thought it would be fun to hit some local parks.  According to the Tulsa Parks and Rec site, they have 134 parks within the city limits.  They have a really handy list, all in one place at this site:  https://www.cityoftulsa.org/government/departments/park-and-recreation/tulsa-parks-and-map/  It looks like they have another six or more that are managed by the county.

After some searching and asking around, we determined that if we were going to visit one park in Tulsa, it had to be LaFortune Park.  According to their website, the park is over 270 acres!  My only gripe was trying to find the entrance and parking.  But it was well worth the frustration, because boy, oh, boy, was this a nice park!  It was packed on this lovely day, and I can see why.  The boys just couldn’t make their minds up on which play area they wanted to visit first.  There were two close together, one for smaller children and one for bigger kids.  Down the sidewalk and over a small bridge was another massive play area which caught my attention.  It looked like so much fun!  Despite the park being packed, it was in great condition.  I was impressed that there seemed to be no litter!  You can tell this community is proud of this park. 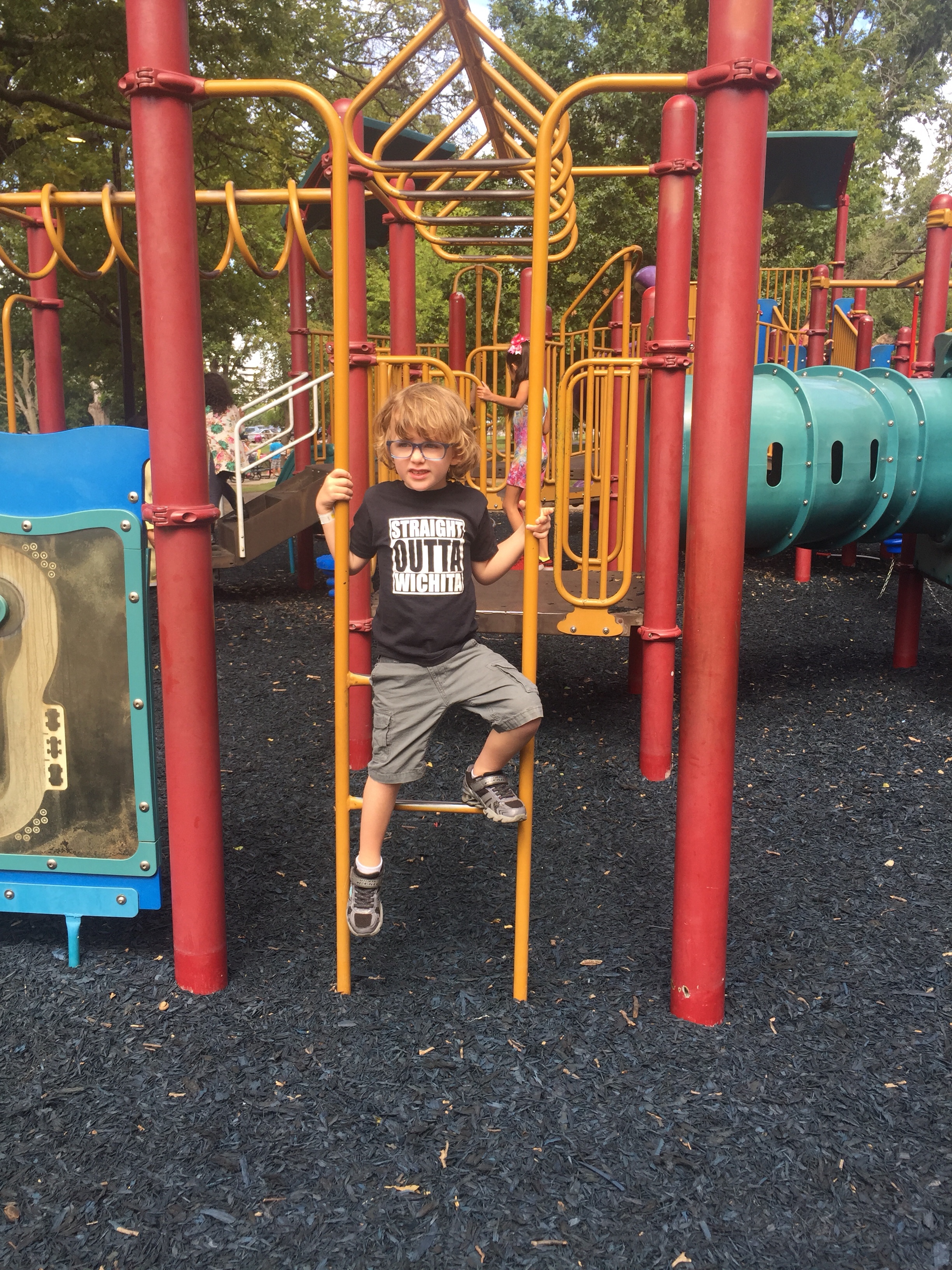