Pat Garcia Park is a small, lovely patch of land in north Wichita (2640 N. Wellington). The Wichita Parks and Rec site says it’s currently under development, and a family member of the donating party said that’s been the case for 10 years or more. 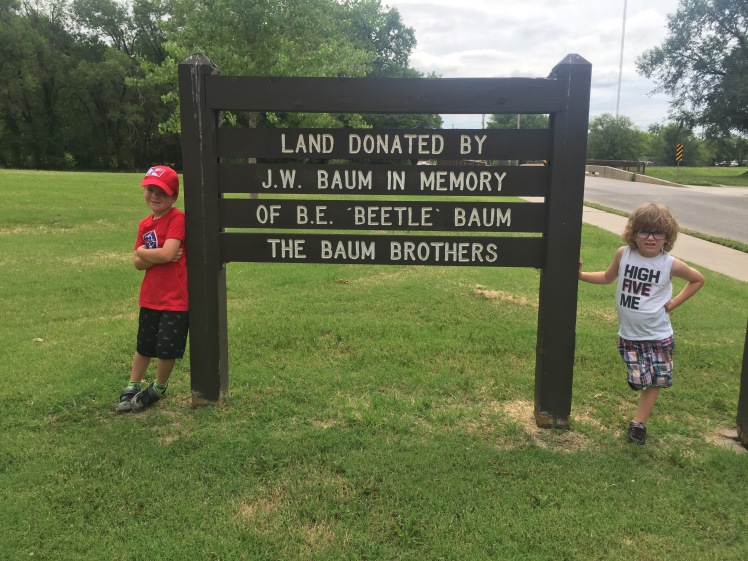 The land for the park was donated by J. W. Baum to honor his brother B.E. “Beetle” Baum, an Army veteran who passed away in 1986. The Baum brothers were known throughout north Wichita as the owners of Sailor’s Sporting Goods at 25th and Arkansas.

According to the Wichita Parks and Rec website, “a coalition of the City, the North Chisholm Neighborhood Association and Friends of Pat Garcia sought donations of land to create a memorial park honoring war veteran Pat Garcia.”

Currently the only things on the land are the two signs. It’d be a great spot for some benches and picnic tables.